Dr Alexandra Daisy Ginsberg is an artist examining our fraught relationships with nature and technology. Through subjects as diverse as artificial intelligence, synthetic biology, conservation, and biodiversity, her work explores the human impulse to « better » the world.

Daisy has spent over ten years developing new ways for artists and designers to collaborate with scientists and experts. She is lead author of Synthetic Aesthetics: Investigating Synthetic Biology’s Designs on Nature (MIT Press, 2014), and in 2017 completed Better, her PhD by practice, at London’s Royal College of Art (RCA), interrogating how powerful dreams of “better” futures shape what we design. She read architecture at the University of Cambridge, was a visiting scholar at Harvard University, and received her MA in Design Interactions from the RCA.

Daisy won the World Technology Award for design 2011, the London Design Medal for Emerging Talent 2012, and the Dezeen Changemaker Award 2019. (Her work has twice been nominated for Designs of the Year (2011, 2015), with Designing for the Sixth Extinction described as “romantic, dangerous… and everything else that inspires us to change and question the world”.) (Daisy exhibits internationally, including at MoMA New York, the Museum of Contemporary Art, Tokyo, the Centre Pompidou, and the Royal Academy, and her work is in museum and private collections. Talks include TEDGlobal, PopTech, Design Indaba, and the New Yorker Tech Fest.)  She is a resident at Somerset House Studios, London. 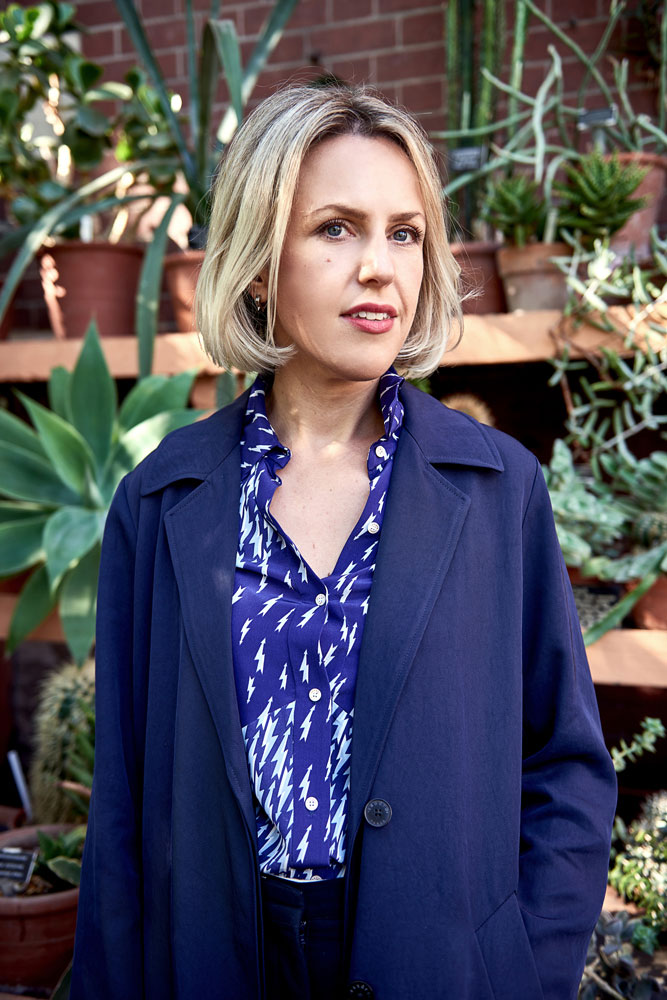 We are bombarded with promises of better futures from all directions, from advertising to political campaigns. But what is better? Whose better will get delivered? Who gets to decide? These are questions we all can ­– and must – ask every time we hear better in a slogan for a pizza or a political ideology. But how do we move beyond fuzzy promises that change nothing?

Alternative Thinkers bring different expertise, different viewpoints, and different ways of thinking to help see the world differently. In this moment of rupture, when our “normal” is broken, how can we create a world that actually is better for more people and more species to live together? Alternative Thinkers can help with the pressing tasks of redefinition and reimagination, partnering with those who can help make that better future more real.

I look for ways to bring attention to urgent issues, create connections between seemingly disparate ideas and disciplines, and create emotional engagement to inspire reflection and hopefully, change.

Why did you highlight this/these specific project(s) below ?

Too often, there are disparities between what we care about and what we actually do. As this crisis forces the whole world to radically slow down our consumption (in the physical world, at least), we have an opportunity to think about the changes we can make in our personal lives, as citizens, and in our work. These artworks, which I made last year, create different way to look at nature and reflect on the choices we make.

The fact that our economy is intricately connected to the biological world has been made abundantly clear: we really are part of nature. Now we need to think about how we deal with the even bigger threats coming our way: climate breakdown and biodiversity collapse. Our businesses and behaviours have to change; we can’t put it off. As we restart our economies, how do we use this tragic moment to make things better, not worse?

The term “plant blindness” describes how we stop noticing plants in our environment. But our blindness goes beyond this: modern, western thinking separated us from the natural world. How can we see ourselves as inescapably part of nature again?

I’m excited to work with partners from culture to business, and with the other Alternative Thinkers too. We need to work together to make things better.

The Substitute explores a paradox: our preoccupation with creating new life forms, while neglecting existing ones. A northern white rhino is digitally brought back to life, informed by developments in the human creation of artificial intelligence (AI). A life-size projection, 5m wide, shows the artificial rhino roaming in a virtual world, becoming more “real” as it comprehends the limits of its space. Is this rhino a better substitute for the real? The Substitute was commissioned by the Cooper Hewitt, Smithsonian Design Museum and the Cube design museum, and was part of Eco-Visionaries at the Royal Academy, London, 2019. 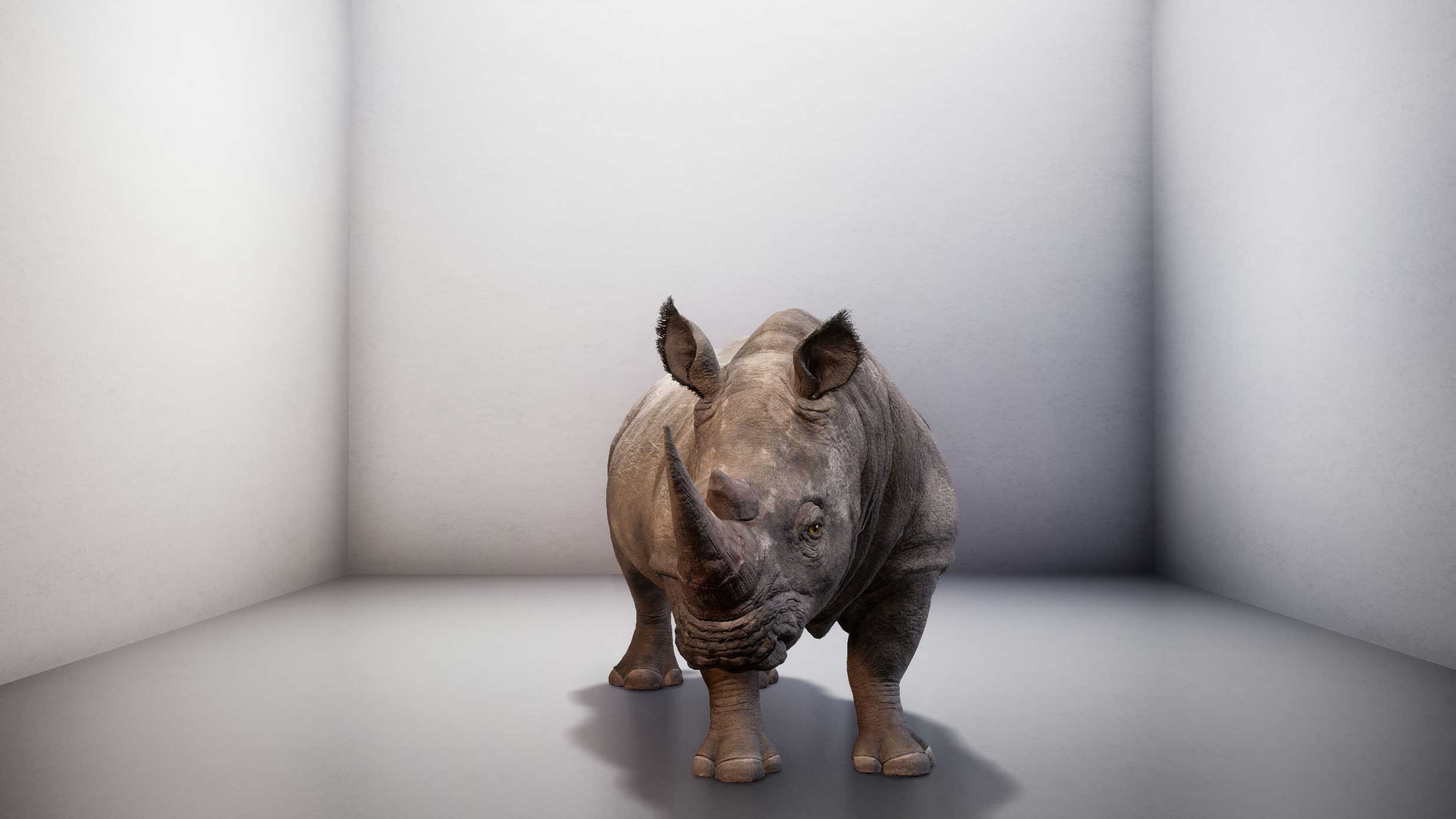 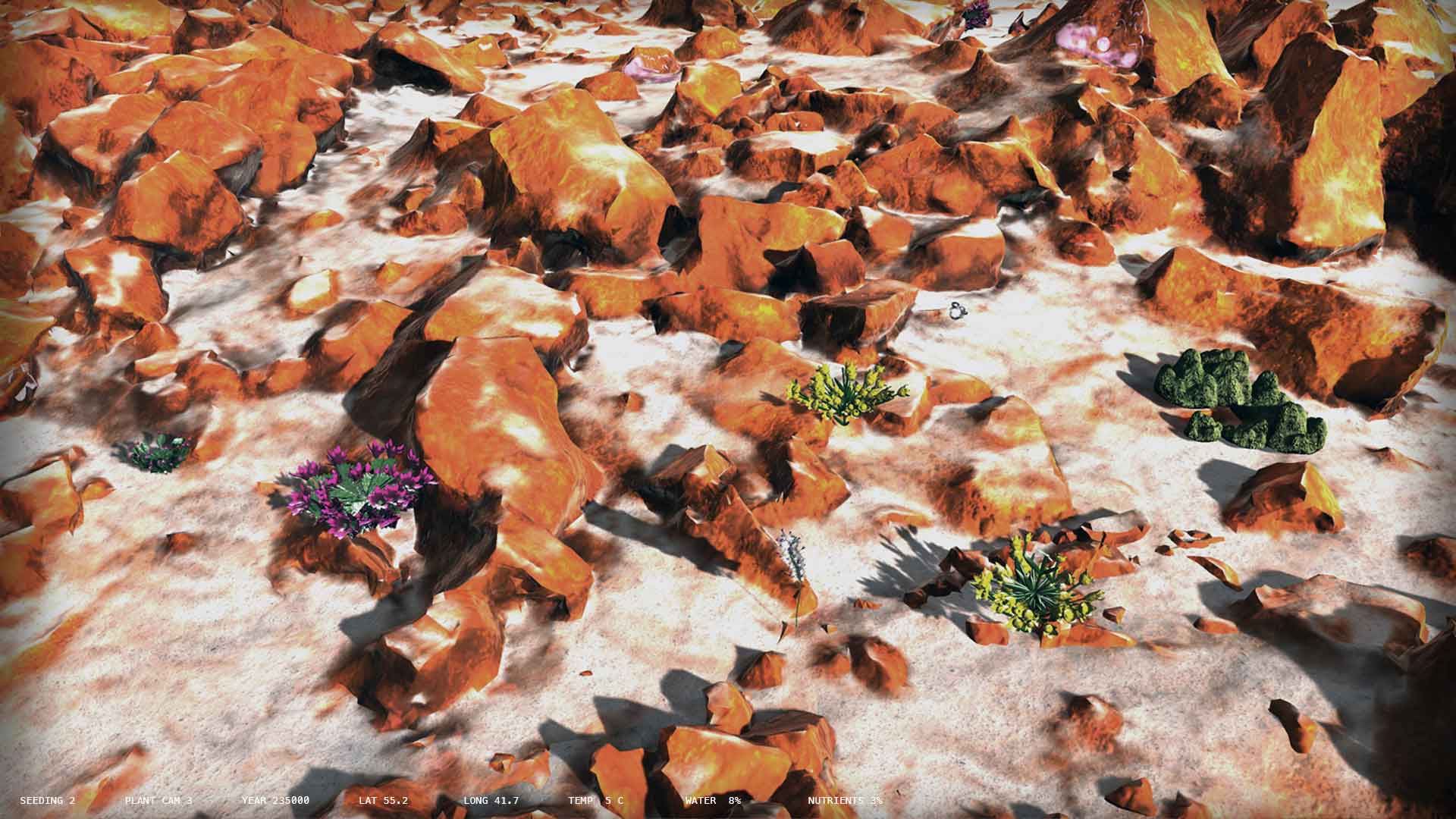 Simulation shots, The Wilding of Mars, 2019

Human dreams of colonisation are not limited to Earth. We see Mars, untouched by Earth life as barren, treacherous, beautiful, and another planet to colonise. But humans invariably become exploiters. Instead, could we imagine Mars colonised only by plants, flourishing without us? The Wilding of Mars simulates the growth of a planetary wilderness on Mars over a million years, visible in a human hour. Commissioned by the Design Museum, London, and Vitra Design Museum.

Could we ever again smell flowers driven to extinction by humans? A series of installations around the world invites us to smell extinct flowers and experience their lost habitat. Resurrecting the Sublime asks us to contemplate our actions, and potentially change them for the future. The project is a collaboration between Alexandra Daisy Ginsberg, smell researcher and artist Sissel Tolaas, and Dr. Christina Agapakis at Ginkgo Bioworks, with the support of IFF Inc. 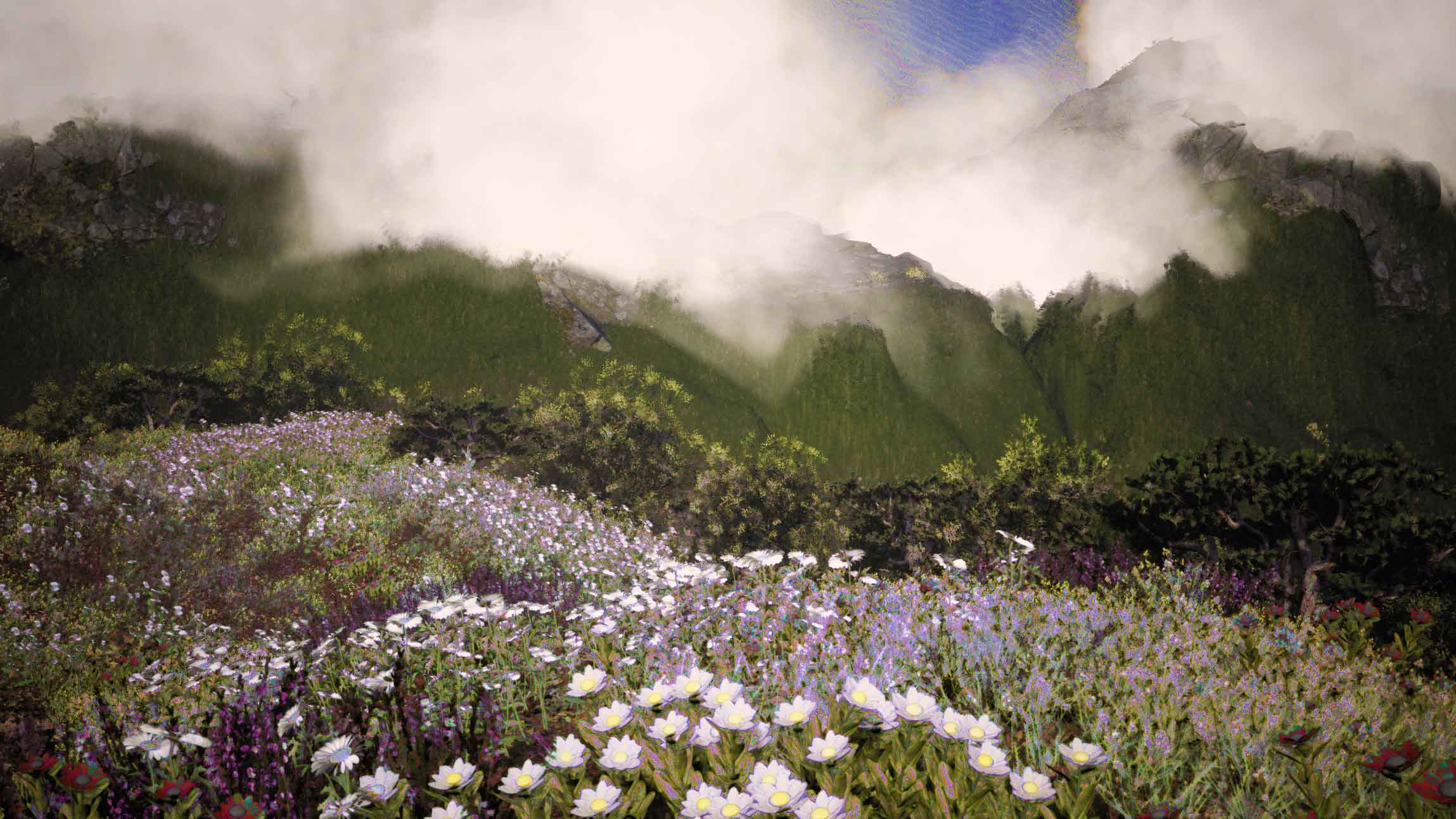 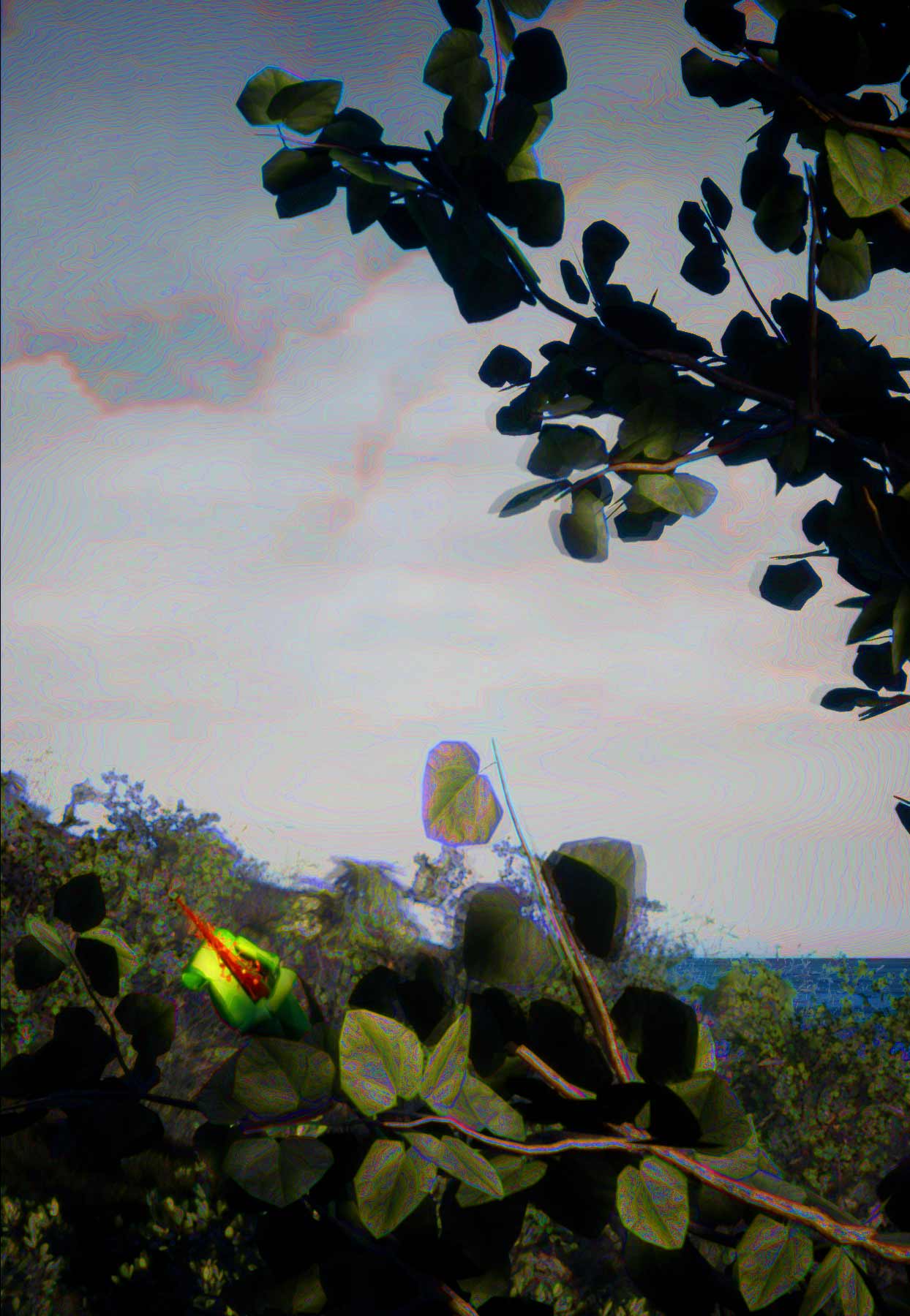 Installation view of Resurrecting the Sublime at Biennale Internationale Design Saint-Étienne, March 2019. Each vitrine is filled with the smell of an extinct flower. 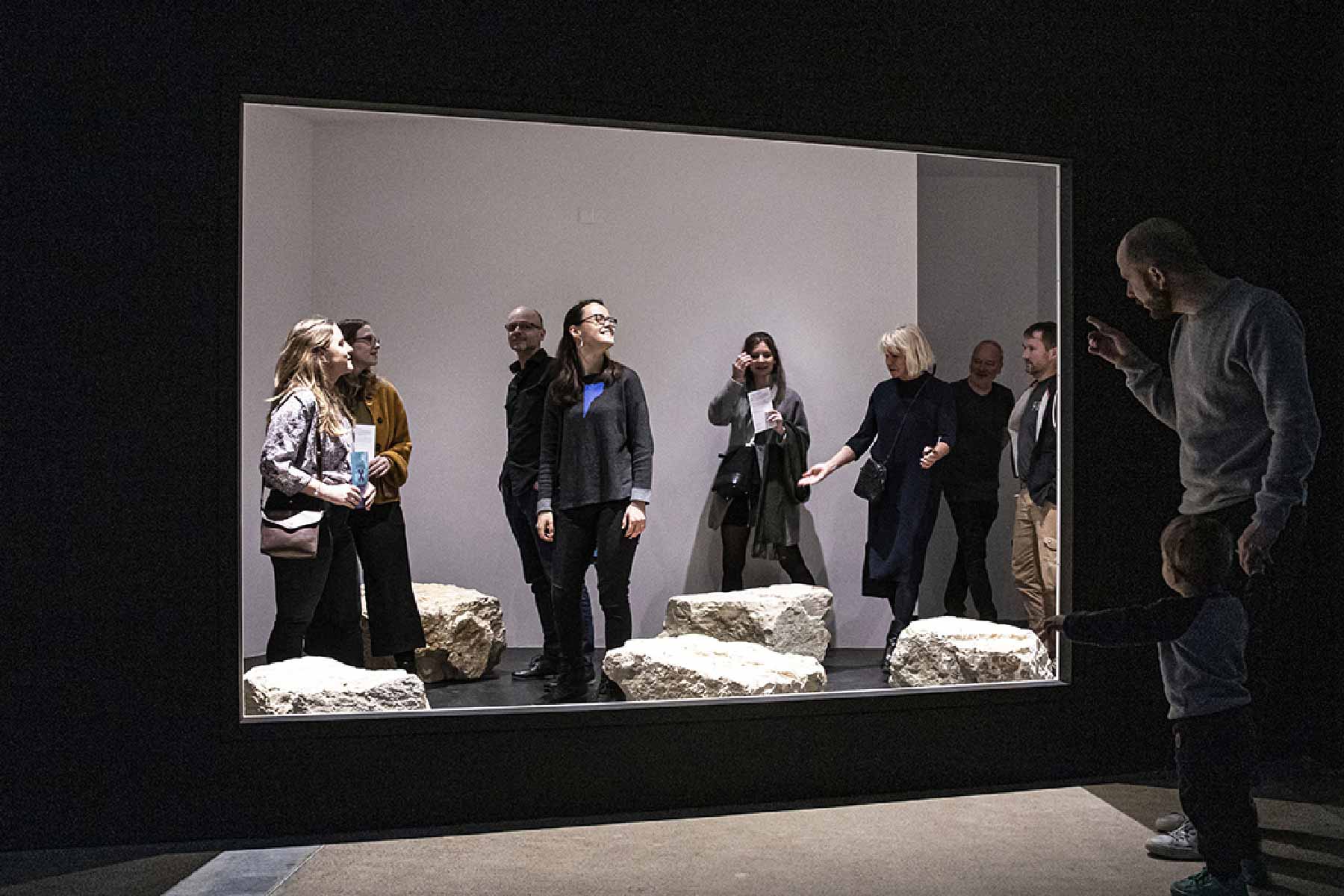